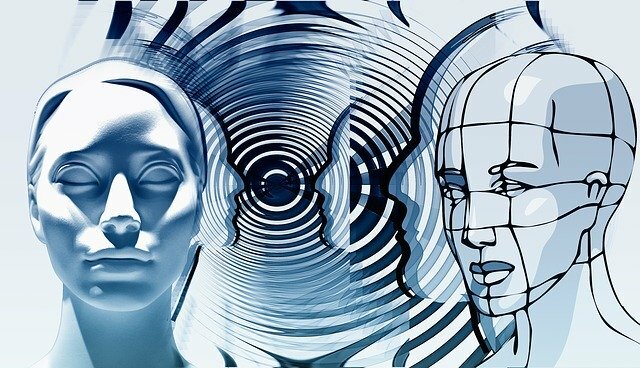 What is truly astounding is the ever-prevalent claim today that race has no biological or genetic basis. The following statement by Sylvia Spengler, a geneticist at U.C. Berkeley, has become often-repeated among those touting this latest Jewish lie:

“I have no question, given what we know about human genetics, that the tall person and the short person are significantly more different than the black man and the white man of similar height Trying to mix genetics with race is, to my mind, inappropriate; it cannot be done. Race is something we do to each other; it has nothing to do with what our DNA does to us.”

The utter lies in this statement are almost unbelievable. Spengler attempts to back up her statement by pointing out that the production of the protein melanin, which makes the skin of blacks black, is controlled by only six genes, whereas height is controlled by several more. But her absurd statement assumes that the only difference between blacks and whites is skin color; again, the old lie that “race is only skin deep” is now being used to say that race doesn’t exist at all. As we shall see, however, there are easily hundreds of additional differences that we could list between blacks and whites, each one genetic and each one, therefore, a product of our DNA. For Spengler to say that DNA does not produce racial characteristics is a slap in the face of all modern genetic and biochemical science.

Before we begin to look at some of these genetic differences in more detail, however, we must first discuss the “numbers” game that is played by many who would deny the reality of race. This “numbers” game attempts to discount the reality of race by convincing people that the percentage differences between blacks and whites is so small that it doesn’t matter. However, when it comes to genetics, even the slightest difference can have profound effects. The human genome has some three billion base pairs that code for about 20,000 to 50,000 different genes. But a single deletion of one of those three billion base pairs could drastically alter the entire genome, creating a baby with major defects, retardation, or even the inability to survive. To put this in percentages, the genetic difference between a healthy baby and a baby unable to live or a baby born with severe retardation or other physical problems could be as little as 0.000000033%.

Little differences are huge in nature. Another example involves certain bacteria plasmids, which are circular DNA molecules. A plasmid with a size of 3,000,000 Daltons can be made resistant to antibiotics by the addition of two methyl groups weighing only 30 Daltons. In other words, the genetic difference between a bacterium that would die and one that would live if exposed to an antibiotic is only 0.00001%. Another amazing fact that illustrates this point is that the difference between a man and woman is only one gene which causes a hormonal cascade in the embryo that leads to sexual differentiation. So out of 50,000 genes, a man and a woman are only 0.002% different, yet we haven’t yet seen people rushing out to claim that gender is only a social construct with no basis in science or in DNA! That difference of one gene leads to all the many different obvious sexual characteristics, plus hundreds more not so obvious differences between a man and a woman.

Of all the genes in a white man or woman, far less than 1% account for all the variation seen between different white men and women which include not only superficial things like eye color, hair color, height, weight, facial and body features, etc., but also less obvious things like susceptibility to heart disease or high blood pressure, intelligence, genetic factors in personality, etc. The reason that more than 99% of those 50,000 genes show no variation is because those genes code for things that are absolutely essential to life, whatever its form. Variation would not be viable. This also explains why there is less than 1% difference between a white man or woman and a chimpanzee. But anyone can look at a white man or woman and a chimpanzee and see how much that very slight genetic difference makes. People are also remarkably similar to pigs and cats, but all this demonstrates is that nature has thousands of well-designed biochemical processes which are central to and common to all zoological life. But it also shows us that even the slightest difference is of the utmost importance.